An eminent theologian and freedom fighter who laid the foundation stone of Jamia Millia Islamia at Aligarh in Northern India in 1920, Maulana Mahmud Hasan, popularly known as Shaikhul Hind (leader of India), was born in 1851 at Bareily where his father, Maulana Zulfeqar Ali, also a well known scholar of Arabic, was employed in the Department of Education. He was the first student of Darul Uloom, Deoband, the world renowned institution of Islamic Sciences and one of the most distinguished disciples of the founder of this institution, Maulana Mohammad Qasim Nanotvi. After his graduation from Darul Uloom in 1873, he served the same institution as a teacher from 1874 till his appointment as Principal in 1890. Read More Hakim Ajmal Khan was the major inspiration behind the foundation of Jamia and its first Chancellor, a post he held till his death in 1927. He was an outstanding physician (hakim) by profession, hailing from a family of physicians. Today, he is more known today as a nationalist leader, freedom fighter, president of Indian National Congress (1921) and a close associate of Mahatma Gandhi. Ever since his successful involvement in the movement to elevate the MAO College into the status of a university, his dream was to found an academic institution, free of government control. He remained firm in his commitment to Jamia when the crisis of 1924 happened. He spent the latter part of his life and the better part of his wealth for the welfare of Jamia, often bailing Jamia out of the dilemmas and financial crises. 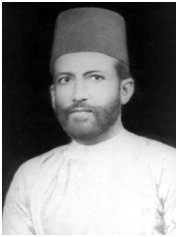 One of the founders of Jamia and its first Vice Chancellor. He was a nationalist leader, freedom fighter and Khilafat Leader. He took part in the Round Table Conference and was an influential journalist. Jauhar was his pen name. However, after his release from jail, following the withdrawal of the non-cooperation and Khilafat movements, he had his differences with Jamia. One of the founders of Jamia, known for his undying optimism and dedication. He was one of the Chancellors of Jamia. He was a known physician and a respected nationalist leader. He had long association with the Congress, as its president (1927), its secretary for several years, and as a member of the Congress Working Committee throughout his life. He led the Medical Mission to Turkey (1912) and led the Khilafat delegation to England (1920). He went around India, explaining the importance of Jamia and collecting funds that were crucial for Jamia’s survival. In Germany, along with Abdul Majid Khwaja, he influenced Zakir Husain, Abid Husain and Mohammad Mujeeb to come to serve Jamia.

He served Jamia as a founder, Vice Chancellor and Chancellor.Abdul Majeed Kwaja held high offices in the Khilafat, Congress and was associated with Jamait-Ulamae-e-Hind from its inception. He was a close associate of Jawahrlal Nehru and a great advocate of Hindu-Muslim unity. He took keen interest in the Khilafat movement and went to England as a member of the Khilafat delegation (1920), led by Dr. MA Ansari.